Breaking my sports addiction and becoming the person I want to be.

Life should be about transitions--all types of transitions--slow burning hidden transitions, major upheaval transitions, focused conscious transitions, blind-siding transitions.   If you aren't actively engaged in some type of transition, either physically or mentally, then I do recommend finding one and proceed to stomp on the gas, ram and jam the gears and go into it Thelma and Louise style.

There are no better examples of engaging life to the fullest than the likes of Benjamin Franklin and Thomas Jefferson.  At any point in the day they could put on the hat of:  lawyer, scientist, farmer, philosopher, psychologist, writer, historian, statesman, politician, revolutionary, naturalist, and many more.  They were infinitely curious and stayed completely engaged with the world around them, and they achieved the ultimate goal of not living forever, but creating something that lives forever.  I look up to these types of people and do my best to consistently explore new cracks for light that I might not find unless I'm willing to become enveloped by the darkness.  Writing a blog post was scary as hell, and if I didn't have Daniel Smith and Jenny Viars encouraging me I would not have done it one my own.  Maybe only 100 people will ever read it, but it's there, it's recorded in my history; it's a small mark in a big world that I can claim.

Lately, I've become aware of a slow burn transition that I wasn't fully aware of for the last few years; but I can remember flashes of realization and insight that, when pieced together like train tracks through the Foggy Mountains driven with the intensity of a banjo breakdown fury, can lead to one unexpected destination.   The decision to let go of being a spectator in the world of professional sports and use that time and energy to become engaged with activities that produce positive tangible experiences is a big transition for me, and I am finally to the point of not only embracing it but even arguing the benefits of it.

But then the whole idea of making a point of this becomes another issue, because on one hand I really enjoy seeing people around me living life to the fullest, and we are here to help each other (in my Prince voice) In This Thing Called Life.  People around me inspire me to write, eat better, travel more, read more, exercise more.  On the other side of the token,  people tell me that we inspire them, at a beginning level, to learn an instrument, or even a more advanced level, get more serious with their band and write more tunes and book shows more aggressively.  Inspiring anyone to go down a new path and put forth energy into what is obviously a dream or goal plays a huge part in getting us through the tough days.  It is moments like that that have the power to replace having financial security.

On the other hand, almost all of my family and best friends are sports fanatics; hell, my grandmother was buried in a Carolina Blue coffin because she loved UNC basketball so much.  Who am I to tell them that they are wasting their time, energy, and money on something that doesn't give a respectable return on invested time and energy in this grand experience of living on earth?  The libertarian side of me says that people have the freedom to do whatever makes them happy and I have no business interfering.  If someone wants to spend every free hour of their life smoking pot and playing Xbox games then that is their choice. Go for it...knock yourself out buddy.  (In my jersey accent) You Do You, I Do Me! 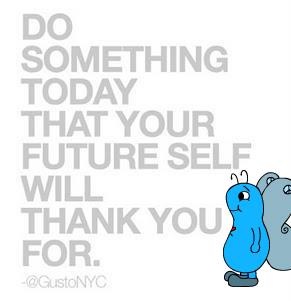 So what started as me freeing myself from the highly addictive nature of spectator sports becomes an internal debate on whether I should make a public case of it, throw it out there, start the debate, possibly offend someone....or instead, just go hiking.

But I like debates, I like in-depth conversations, I like pushing myself and others, I like making arguments for the sake of expanding my own knowledge of the idea, and at the end of the day I can only conclude that spending so much of our limited time on this earth watching professional athletes compete in contests that have no bearing in our daily lives is just a huge waste of time.   There's really no other way to say it.  If you're a parent and you traded all the hours that you spent on sports and dedicated every single minute to activities your child enjoyed then you will look back at your life and think it was a great decision.  No one has spent the last days of their lives being thankful for the countless hours in front of a TV watching football games...ever. 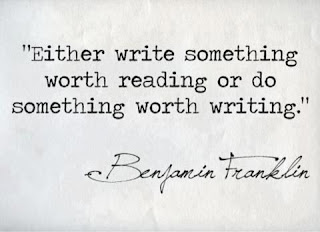 "Life is not a journey to the grave with the intention of arriving safely in a pretty well-preserved body. Rather, one should skid in broadside, thoroughly used-up, totally worn out, and proclaiming, "Wow, what a ride!"

There's really no argument to the contrary, other than, "I do it because I like it."  I had a good friend say this about smoking cigarettes and I realized that the libertarian side of me had no debate for it.  It is both the best and worst argument that can be made.  The beginnings of this great country were founded on that type of freedom, so how can we argue the contrary?  It is such an amazing argument and powerful idea that it can reach all the way down to the bottom, to homeless crackheads--they too do it because they like it.  Earl Scruggs played banjo because he liked it, and heroin addicts shoot heroin because they like it.  Same justifiable argument, different results.

So fuck it!  If you like it, then do it, and know that I both care and don't care at the same time.  That is coming to terms with the rich complexity of life, and not settling for the superficial simplicity.

As with any addiction, something has to take its place. For me there are two main interests that I have started to develop with an excited focused energy: hiking and the outdoors; and the love of journalism and with it the exploration into the nooks and crannies of human experience. 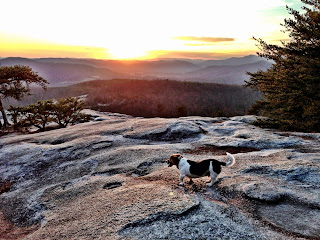 Just one example of how amazing this new interest is for me; last night on the 14 hour journey back to NC I listened to an episode of the beautiful NPR show "This American Life: hosted by Ira Glass."  I picked out a show that was based on the culture of conventions and had 3 parts to the story.  The first "act," as they call them, was about a convention based around a cult TV show called "Dark Shadows."  Think of a Star Trek convention but way more underground.  The story was light-hearted and quirky, but interesting, and got into the emotions of someone coming to terms with the fact they are completely fascinated with something that few people on this earth will ever even be aware of.  The second act was based around an intrepid dishwasher basically "crashing" a convention of restaurant owners--the people he spends his life working for--and again, it was also light and amusing and gently explored the dynamic of business owners and the people at the very bottom of the ladder. Something we've all experienced at one time or another.

But then we got to act three.  It was based around two people meeting when their respective conventions were in the same space.  John Barlow (lyricist for the Grateful Dead) tells a story of being at an Apple Computer convention and meeting and falling in love with a woman who was attending the psychologist convention. Suddenly 2/3 of the way through what was supposed to be a light-hearted story, it just turns on a dime, and we find ourselves hearing one of the most amazing love stories that oozes depth, emotion, and also tragedy.  Here is a story so powerful that a man who didn't believe in the idea of individual souls completely altered not only his perspective but his daily engagement with other human beings.   As I'm driving and listening to this story my heart is just gripped as he describes his experience, and I think to myself, "This is it!"  The power of a story to connect you to the near-universal desired experience of connecting to another human being on the deepest level imaginable.  Just look at what has stood the test of time.  The works of Shakespeare?  Or the records of who won the countless Roman games in the Amphitheatrum Flavium at the end of the empire?   The process of journalism -which at its finest moment is just focused curiosity of the human experience- peels back the layers of superficiality that we layer onto life to insulate our hearts from pain and hurt, and celebrates all the nuances that both connect us and differentiate us.  Personally, that excites me much more than overtime.

You can listen to the particular episode here.

I believe that most of us want depth, beauty and connection, as well as top mental and physical health in our lives; and for me personally, breaking my connection to the outcome of games and focusing on what really matters to me was a monumental transition that I needed.  Or more simply, it is my path to become the person that I want to be. 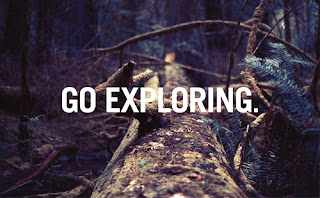 Explorer Ben Saunders has an exellent explanation of why we need to get outside.


A beautiful Ted Talk titled "Before I die I want to..."