If I gave a commencement speech, I might say this...

Have you ever wondered what you would say if you were invited to give a graduation commencement speech?  I've been wondering about it lately.  Could I look back on everything I've learned and all my experiences and come up with something both unique and personal, yet universal enough to connect deeply with so many different types of people?  As I was thinking about that question, it hit me - isn't that what art is? Finding something that is unique and personal, but also universal?  So a great commencement speech is very much a high form of beautiful art.

There are three speeches that have stuck with me through the years, and they are all completely different.  The first is about seeing past the social construct of reality, the second is about mortality, and the third is unlike any other speech ever given, as the writer wants us to not only see the everyday reality that nobody wants to talk about, but embrace it and make it your own instead of being trapped by it.

The first was by the genius author Tom Robbins (read everything by him, trust me).  This speech did two things for me: it showed me the possibility of the experience, if it is approached from the passionate place of the heart;  it also ruined 99% of all commencement speeches for that very reason.  I printed this speech out and passed it around to my friends I was sitting near when we graduated from Appalachian State.  I will bet a bottom dollar that nobody remembers what our actual speaker said, but everyone who read Robbin's speech remembers that.

Here's the link to that speech.  (Notice this site says "This may have been Tom Robbins commencement speech."  There has always been some confusion on this speech, but I've read enough of Robbins to be pretty sure that these are his words.)

The second is the famous speech given by Steve Jobs as he was facing his own mortality in his fight with cancer.


The third is by David Foster Wallace.  The genius in this speech is that it is so original and brave that I can't imagine anyone else even attempting it, much less succeeding on such a beautiful level.
So what would I say?  After thinking about it for a while, I think the best advice I could give anyone, regardless of age, is to break out of the passive consumer habits and lifestyle that our society works so hard to keep us in--and the earlier you do it, the better. Our society is based around the few producing for the masses.  Hollywood makes movies and the masses watch them, famous authors write stories and the masses read them, colossal agricultural corporations produce food and the masses buy it, world famous pop superstars recreate songs written by hit-making producers and the masses listen to it, tech giants produce electronics and the masses buy them.  The few produce, and the masses consume.   Imagine the breakthroughs we would have if the masses started producing. 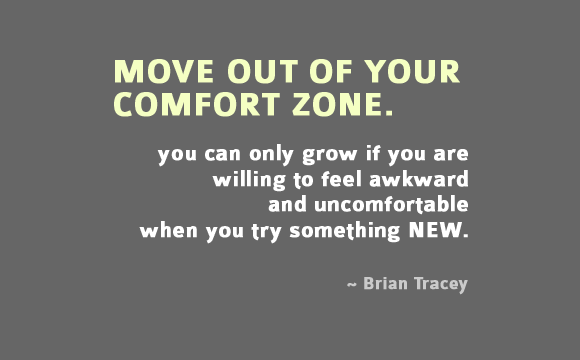 The earlier you can break that habit and start producing/creating/building the thing you love the most, the better chance you will have at being paid for doing what you love. Read the bios of people you admire, and the one thing they have in common is when they found something they loved, they didn't settle for just passive entertainment: instead they started making their own, whatever it may be.  It's never too late to change that habit either.  It will take you out of your comfort zone like a rocket through the sky, but you know what - fuck your comfort zone.  That comfort zone is like a prison cell.  Trust me when I say this - the very worst thing that can happen is that you develop a much deeper appreciation of what you love.  Write five songs and you will go back and hear Bob Dylan with completely different ears.  And yes, you'll feel a little dumb and small when comparing your songs to Dylan, but remember what we said about your comfort zone? 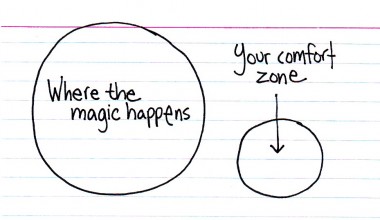 The best case scenario in this endeavor is that you will open up an entire new chapter in your life.  You will create what you love and I can't even begin to tell you how amazingly fun that is.  It may take many years before you feel like you're making something good, but who cares?  You love whatever you're doing, so what does time have to do with anything?

Maybe that isn't the most exciting speech ever given, but I think it is the best advice I could give at this point in my life, as well as the best advice that I should continuously take throughout life.

There's another quote, by my hero Ira Glass, that I always think of when people are starting new endeavors.  He really nails it with this one. 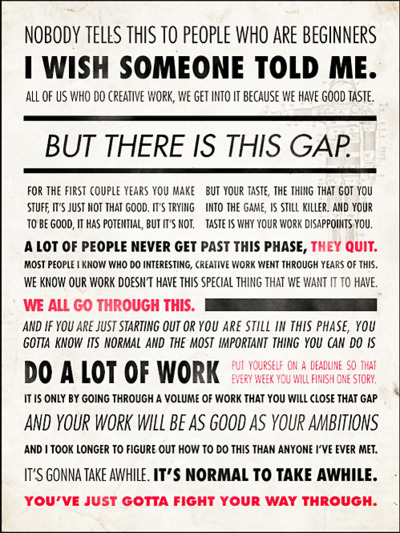 If you only remember one thing from this: Fuck your comfort zone!