Navy SEALs - The ultimate warrior code of sacrifice so others may live.

The first story on 60 Minutes last night was about the elite Seal Team Six unit rescuing American foreign aid worker Jessica Buchanan in the desert of Somalia on a moonless night in January of 2012.   Any time 60 Minutes does a story on the Navy SEALs, I become as attentive as a kid watching a monster truck jam, as I am completely fascinated and obsessed with these guys.  My disgust with the idea of war but fascination with the ultimate warrior was one of the very first things I wrote about in this experiment of the Lonesome Banjo Chronicles.

As the story unfolded last night and Buchanan described her experience of captivity and rescue, I had a small moment of visceral clarity on the initial question of war vs warrior that seems so elementary and basic I am almost hesitant to admit it.  While the idea of war in the crudest form -- think of two sociopath kings sending young boys to slaughter each other for nothing more than the accumulation of power, land, and wealth -- is the worst side of human nature, the path of the ultimate warrior, even going back to samurai times, is for the strongest to protect the weakest from evil.  With that sense we are captivated by the idea that these SEALs, with so much ability of death and destruction, go to such great lengths to save people who deserve to live.

Let me pause for a quick moment to give the back story leading up to the rescue.  Jessica was an American foreign aid worker in Africa to help children learn to stay away from landmines - one of the great unsung heroes of this world.  She was abducted by Somali bandits with her Danish colleague Poul Hagen Thisted and was held in the desert with no shelter for 4 months while they tried to collect a ransom of millions of dollars.  Jessica became very sick with a possible kidney infection, which she alerted the hostage negotiator about in one of the ransom videos.  U.S. officials consulted with doctors and quickly realized two things: she might only have two weeks to live and a moonless night was a couple of days away.  Obama and Leon Panetta made the call to send in the elite of the elite, Seal Team Six--the same unit tasked with the Osama bin Laden mission.

Twenty-four members of STS parachuted down on a moonless night, surrounded the camp and in a brief and intense firefight took out all the bandits.  Our government invests literally millions of dollars in training on each and every Seal, and with no exaggeration do I say that these guys, with their combined intelligence, knowledge, and almost freakish strength, are some of the strongest human beings to ever live.  They found Jessica and told her they were American and they were taking her home, then one of them picked her up and ran for several minutes until they were away from the camp.  Just a quick little fact here; SEALs can wear over 80-100 pounds of gear, and adding 110 pounds of Jessica, one of these guys sprinted for several minutes carrying 200 pounds.  There is no professional athlete that can come close to what these guys are capable of. 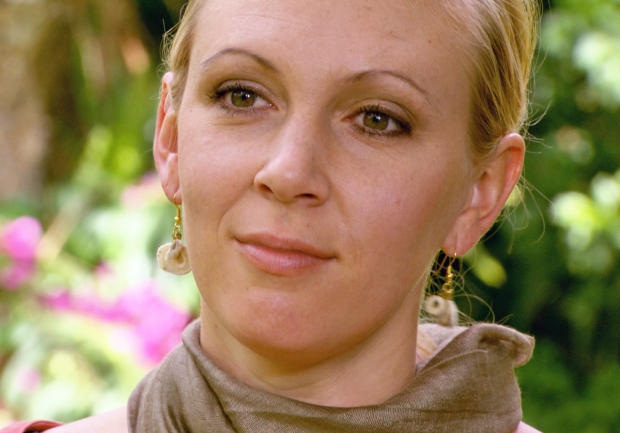 The story up to this point is captivating and exciting, but it was these final minutes of the rescue that really drove me to understand the dichotomy of abhorring the war, but praising the warrior.  They sat her down and explained they knew she was sick and had food, water, and medicine for her.  A few minutes later they became alarmed that someone might be out there, so they laid her down and a couple of the men laid on top of her while the rest formed a circle around her.  The most elite fighters in the world worth millions of dollars willingly became her bulletproof armor, so this little aid worker who is only known by her friends, family, and colleagues can have a chance to live.   Twenty four men, many of whom surely have wives and children, do not hesitate to take bullets to save Jessica's life.  The strongest of the strong are willing to die to protect the weak against evil.  That is why I am completely captivated by both the idea and the reality of the Navy SEALs.  I would most certainly bet that these guys find most of their fulfillment not in going after the bad guys, but in coming home with people who deserve to live.  At this part of the interview Scott Pelley commented, "So in that moment you were the most important thing in the world to them."  Jessica choked up for a brief moment and responds, "Yeah...it is really hard to comprehend."

In a small but poignant moment, Pelley follows up the story explaining that her co-captive, Poul Hagen Thisted, was also rescued by the SEALs and later claimed that his lucky break was "being captured with an American."

With all the bad news and bloody conflicts going on around us, some of which we are responsible for, it is great to know that we still have what it takes to send the strongest to rescue the weakest.  As I have recently been actively trying to make my own connections of all the internal desires and interests that drive and motivate me, it is stories like these that connect my fascination with the SEALs to my political leanings; and I realize that I find the most honor in the strongest helping the weakest, not because they have to, but because they are driven to and know it is the right thing to do.  At the twilight of our lives we will look back and remember those particular moments as some of the most important.  But this story also reminds us that strength is not always about running, swimming, and firing a weapon; as Jessica and Poul left a life of comfort to help small African children to have a chance to live their own lives, not because they had to, but because they were driven to help those that needed it.  There are some kids in Africa that are alive because of them, just as they are alive because of those anonymous Navy SEALs. Two completely different types of strength working for our fellow humans -- both equally amazing.