The Good and the Bad of the Lockn2014 Experience.

Lockn' is a great festival, and it might be the future of music festivals, but I certainly hope not. 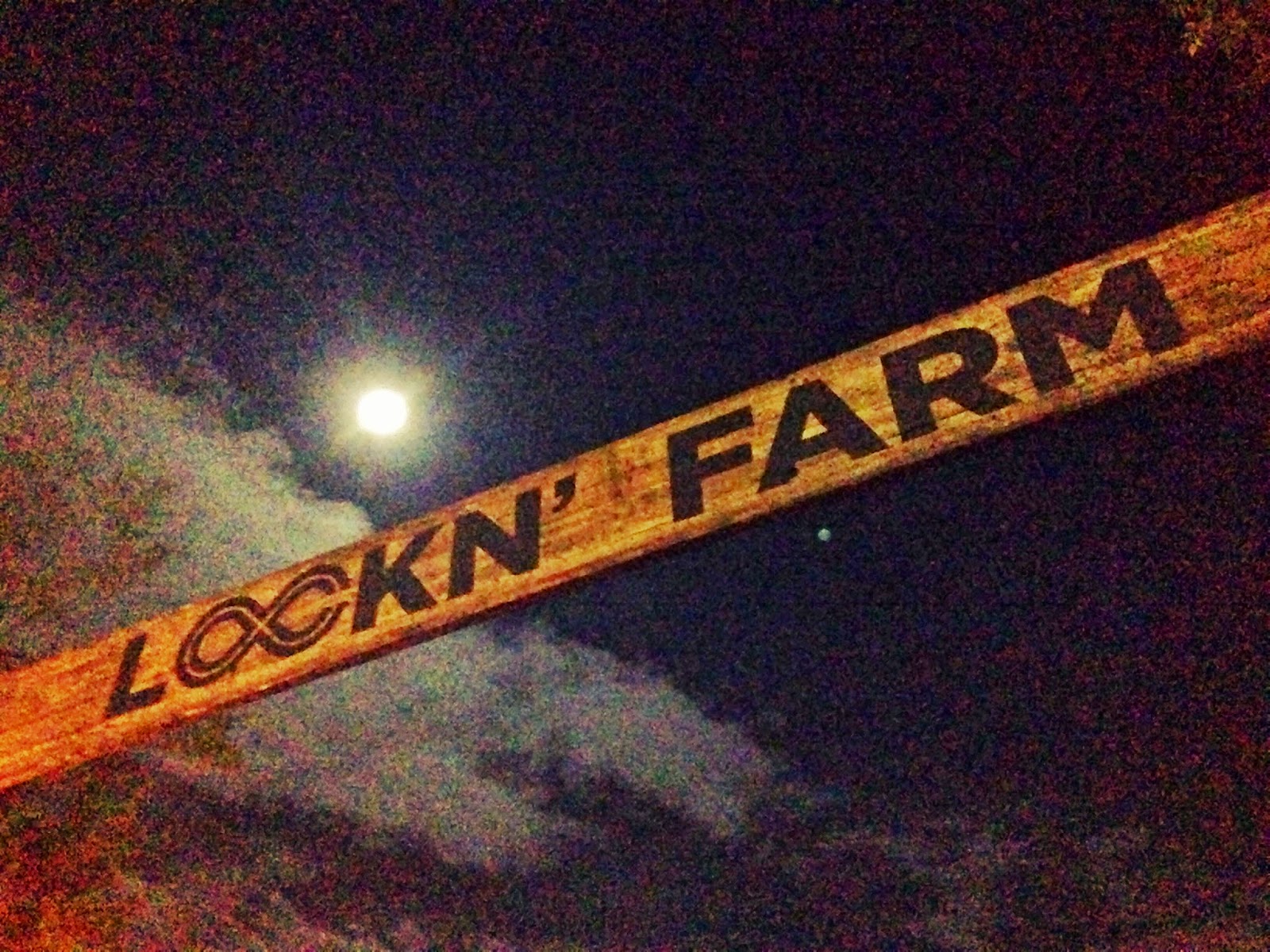 Lockn' is an experiment in the ever-changing music industry to find success in a world where the actual art of recorded albums is being devalued every day but the group experience of the art, such as massive festival packages, is slowly swelling into an over-saturated economic bubble.

You could not be at the festival and avoid the realization that everyone was divided into the haves and have-nots. General admission was relegated to the far sides of each stage, while VIP had the middle of the field, and Super VIP was so regulated in the front of the stages that they were not even letting the artists inside. Seriously, you just performed for 20K people, but security says that you can't go to the front of the stage to see anyone else play. (To be fair, I'm sure a headliner could get a production manager to escort them through, but if you walked up with an "artist pass" you were denied.)


Lockn2014 Experience
And it's very easy to look at this and say, "What does it matter? If they want to pay more for a different experience, it is in their right, and it doesn't affect anything." But in a macro-sense the segregation of people through categories only diminishes the sought after group-experience that make festivals so attractive. Let's go back in time and hyper-divide Woodstock into socio-economic, age and even racial groups and suddenly it loses everything it is known for. Live music is meant to be a social, group experience, which is why festivals are so popular, but this trend of division only erodes the very essence of that spirit. Rolling Stone discussed this trend a few months ago.

Next step: divide the bands into major headliners that most of the people are there to see, and with a few small exceptions, only hire those bands to play. It seems as though the owners of the festival, two very experienced and seasoned music-industry guys, worked with the 80/20 rule of business. (80% of the effects come from 20% of the causes) 80% of the people will come for 20% of the bands, so just hire those 20% and save massive amounts of money on production, hospitality, and talent costs. From a business sense this is turning out to be a smart move as the festival doubled in attendance from a last year. (My observation, not actual stats.)

Third step: divide the entire experience into only the main experience, trim the fat, and hope no one cares. There was never more than one band playing at any given time during the festival. If you want to see music you have one choice. The success comes from the fact that the "one choice" is always a great choice.

I had a really great time there over the weekend and feel lucky to have experienced it, but the whole time I had a nagging feeling of "something is missing."

The festival was banking on the fact that most will not care about this, but I kept thinking, "I do."

On the other hand, I heard many people say that Lockn' is their favorite festival and there's good reason for that. The collection of national talent, and cross band jamming, rivals the initial years of Bonnaroo, and takes place in the gorgeous Virginia Blue Ridge Mountains. Seeing your favorite artists play inspired, collaborative music in such a beautiful setting should be, and probably will be, a winning combination for years to come.

Overall we had a great experience. We camped in the car camping area and split half our time in general admission and half the time backstage watching the massive production efforts it takes to put on an event.
Here's a rundown of my highlights:

Thursday September 4
The Wood Brothers:  My first time seeing them after spending countless hours listening to their albums, and they lived up to it all!  These guys are the real deal and they can hang with larger productions of national acts.
I want to thank G. Milo Farineau for the use of his amazing photos!  You can find him here.

Lettuce:  They are led by the jazz-based guitarist Eric Krasno and are easily one of the hottest instrumental bands out there.  Their jazz/funk combination is driven by drummer Adam Deitch who can make a drum machine look sloppy.  One of those bands that just make everyone move.

Umphrey's McGee: This band exists both in and out of the jam-band world. Their audience comes from the jam-band scene, but their music is tight and very coherent.  Their rendition of Floyd's "Shine On You Crazy Diamond" was sonic perfection and played with that special Gilmore-touch that few guitarists can ever achieve.

String Cheese: Possibly the MVP of Lockn. These guys seemed to really enjoy being on-stage all 4 sets and were focused and energetic the entire time. 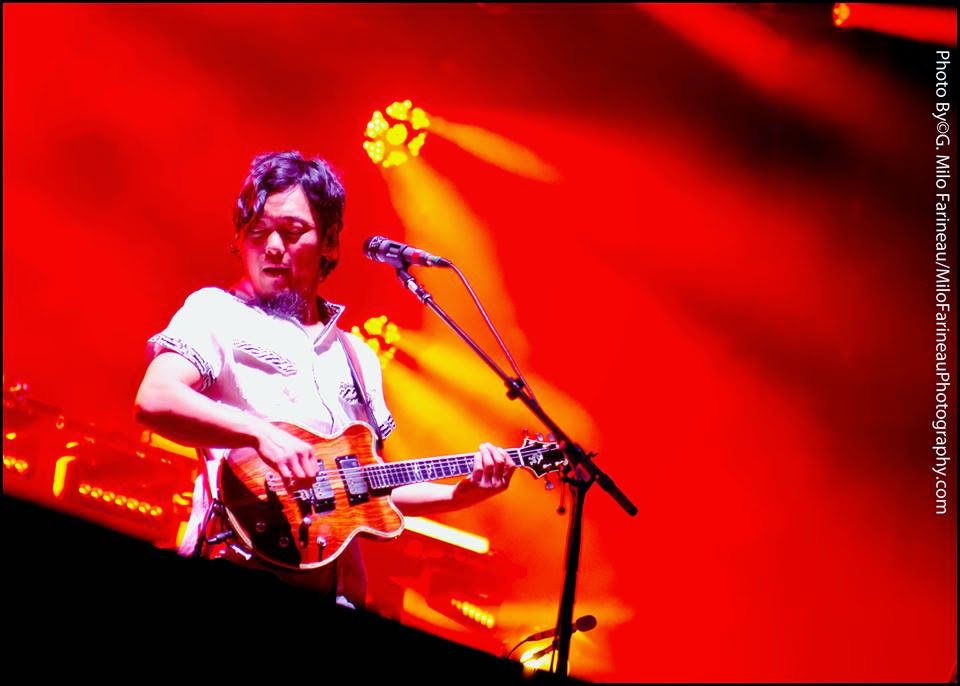 Friday September 5
People's Blues of Richmond: The local boys who won the fan vote to play the festival.  They put on a great set and had no problem getting the early crowd engaged with them and filling up the massive stage with their raucous 3-piece sound.

Bill Kreutzmann's Locknstep All-Stars:  Unfortunately this set lived up to my expectations. Perfunctory renditions of Dead's originals and cover songs. Appearances by Keller Williams on "They Love Each Other" and "Bird Song," and Taj Mahal on "Stagger Lee" helped, but were not enough to kick the set into new or exciting territory.  Papa Mali singing "Wharf Rat" should just be stricken from the record. 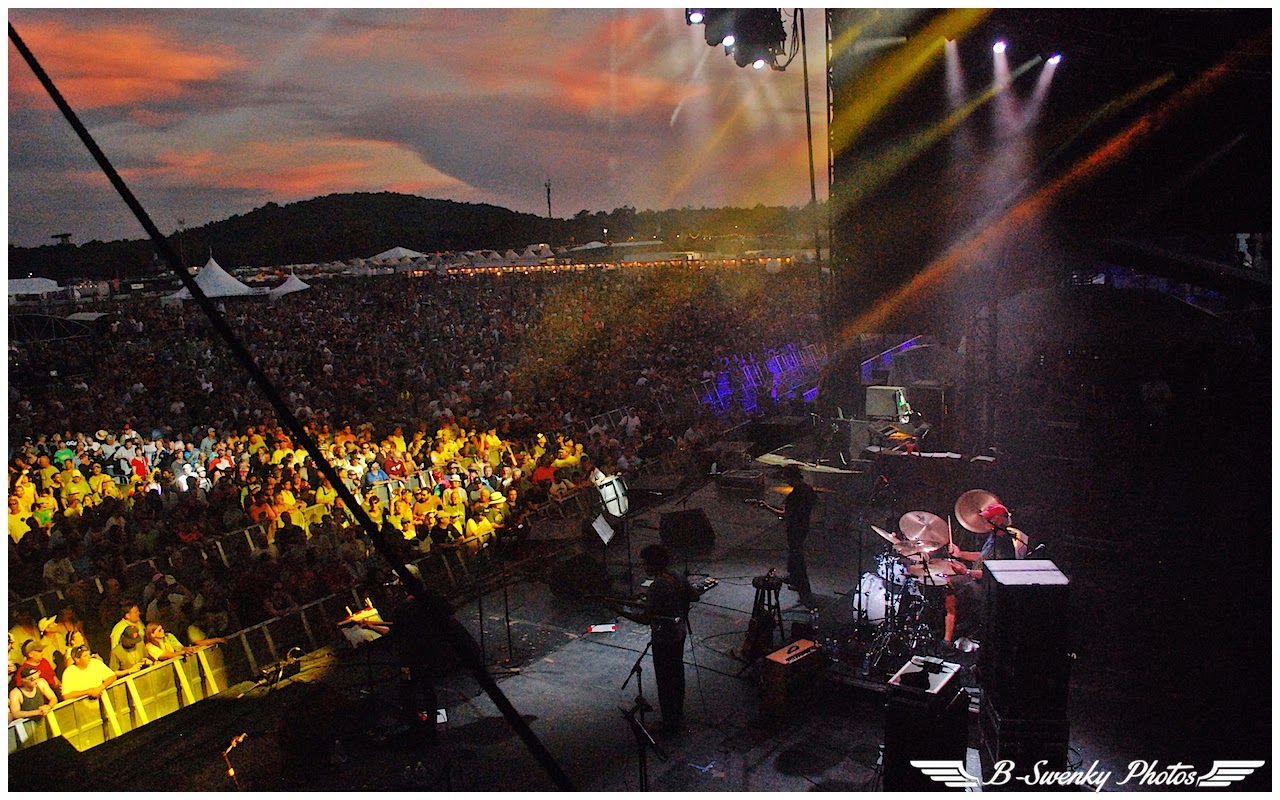 String Cheese: Again, the highlight of the day as they played around with solid, earth-shattering funk grooves and let Kang soar over top.  Sam Bush sat in with his fiddle on "Colorado Bluebird Sky." 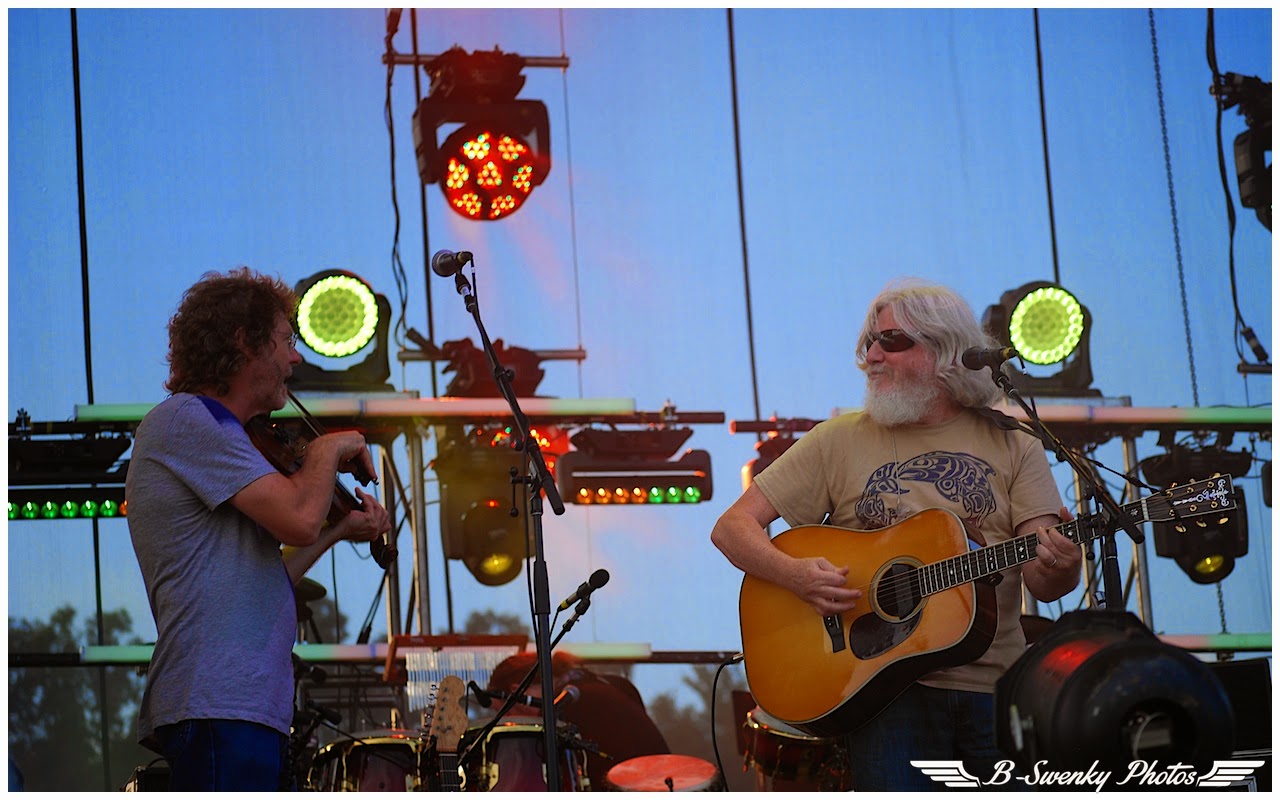 Saturday September 6
I had to drive to Charlotte for a BDL gig so I missed all of this, but I got credible reports that the Steve Winwood/Panic set was one of the best sets of the entire festival.
I heard mixed reports about Tom Petty. Some saying it was a great show, and others saying that it wasn't very energetic or engaging. 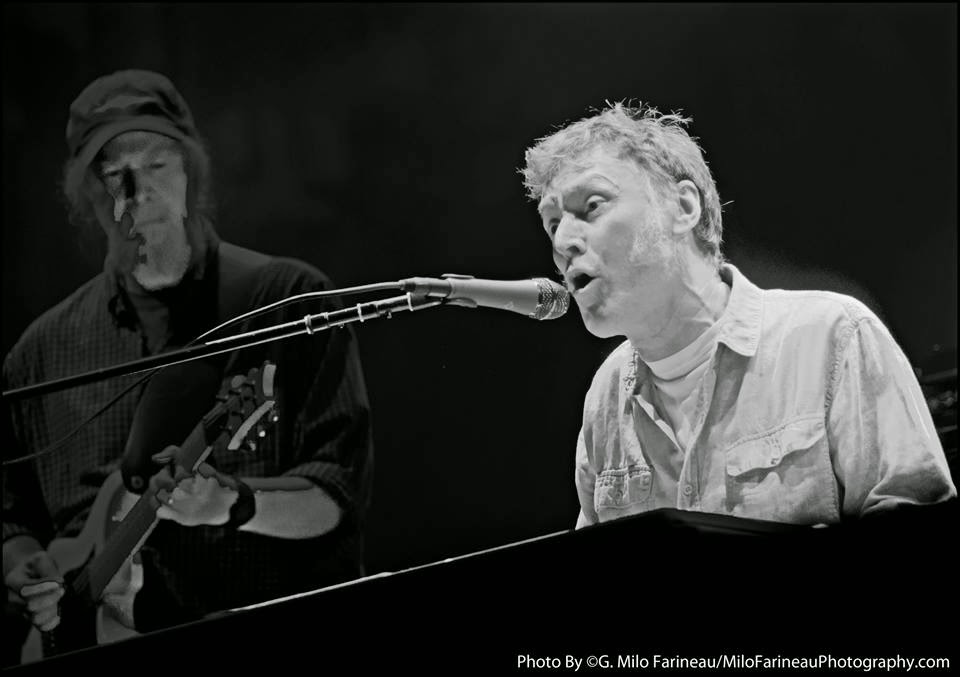 Sunday September 7
Grace Potter: She's the true rock-star of the whole festival. She put on an amazing show and had a very moving tribute to Brian Farmer, who passed away this week and was Warren Hayne's right hand man for many years. She spoke about being a brand new band touring with Gov't Mule and how amazing Farmer was back then, and how the crews of these festivals are the true all-stars.  Her solo rendition of "I Shall Be Released" was heart-wrenching. Here is a youtube clip of the tail end of the tribute and their renditions of "Released" and "I Get By With a Little Help From My Friends" 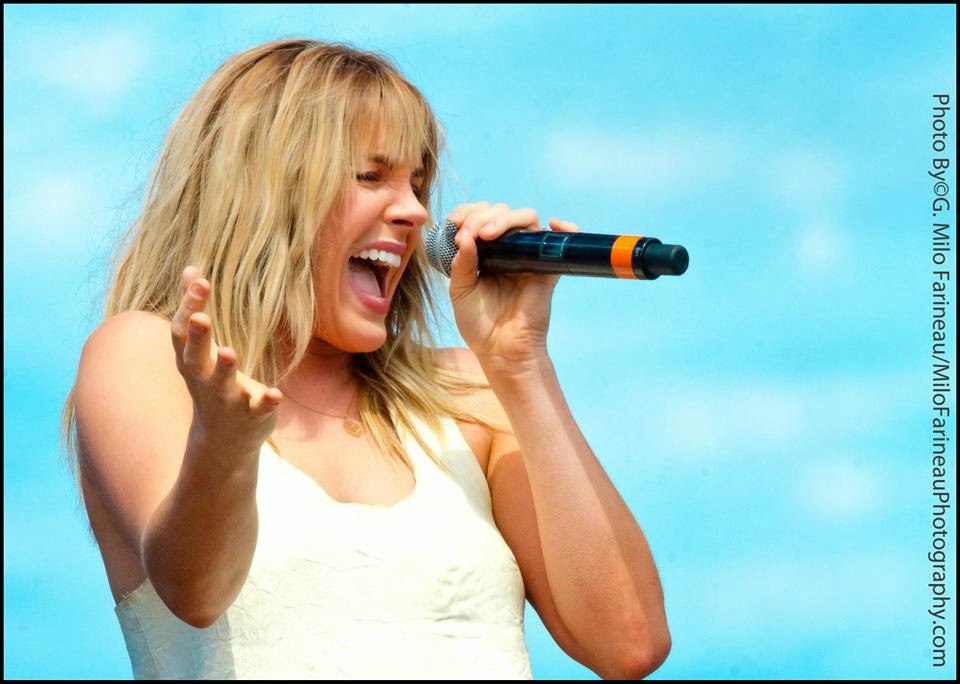 Willie Nelson: Putting Willie after Grace Potter was probably a mistake in hind-site as Willie's shows can be a little anti-climatic to begin with. But Willie is a living legend, a musical genius, and a bucket-list show for many people. 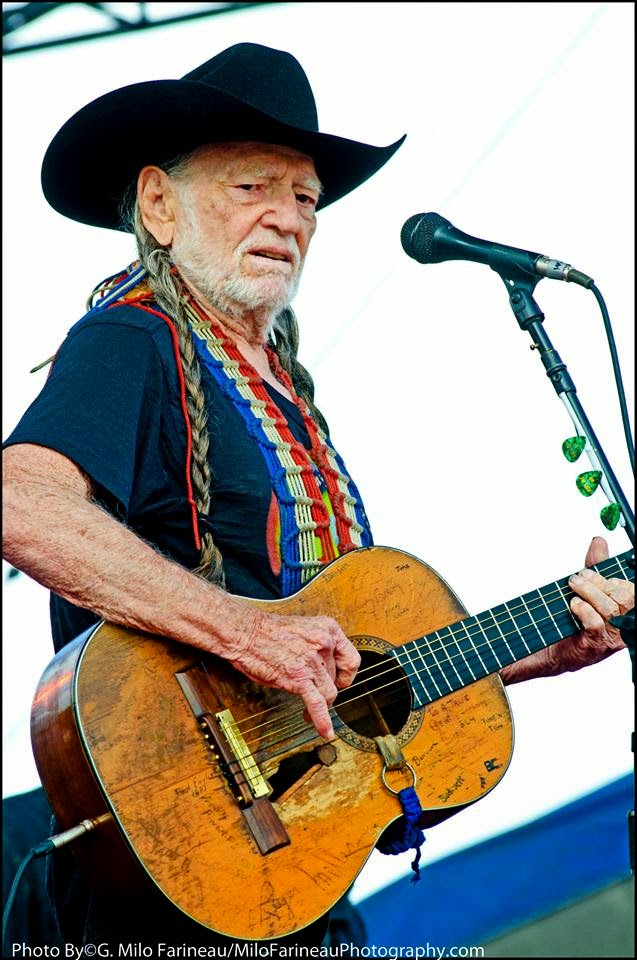 Allman Brothers: Many of us were here for this very moment. The Brothers are wrapping up their last tour of their 45 year career as the two guitarists, Warren and Derek, have announced their desire to bow out gracefully. Greg's health issues are also starting to overtake his ability to work.  As of now this was the last outdoor show they will ever play together. The first thing we noticed as all seven of them walked out were wearing matching t-shirts with Brian Farmer's face and both hands giving the famous one finger salute. Further testament to how much Brian Farmer meant to all these famous, successful musicians. 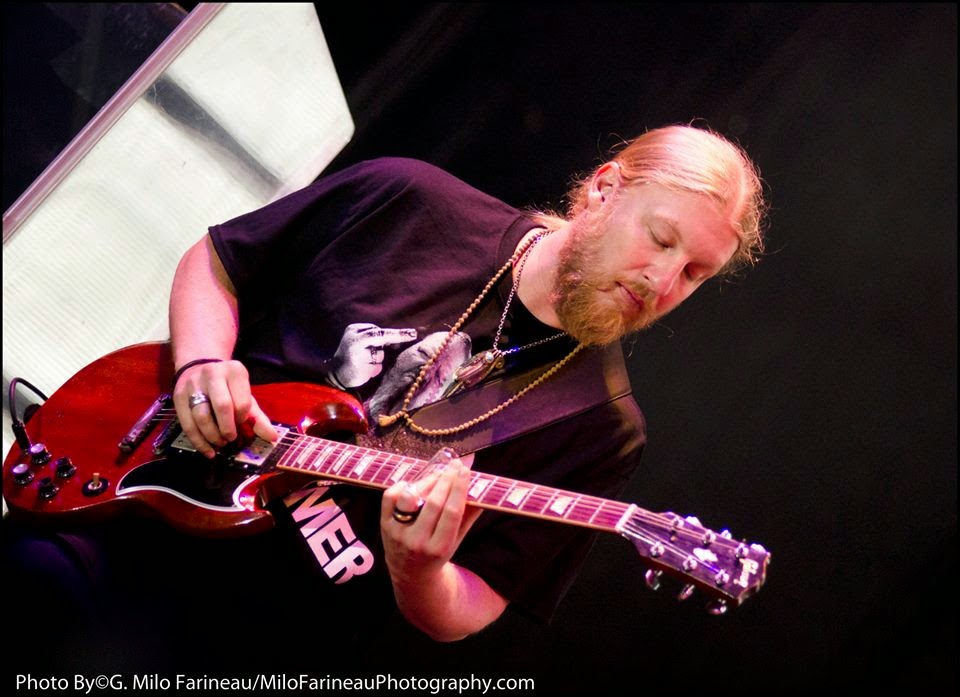 The Bros started out by playing the legendary album "At Fillmore East" in its entirety: 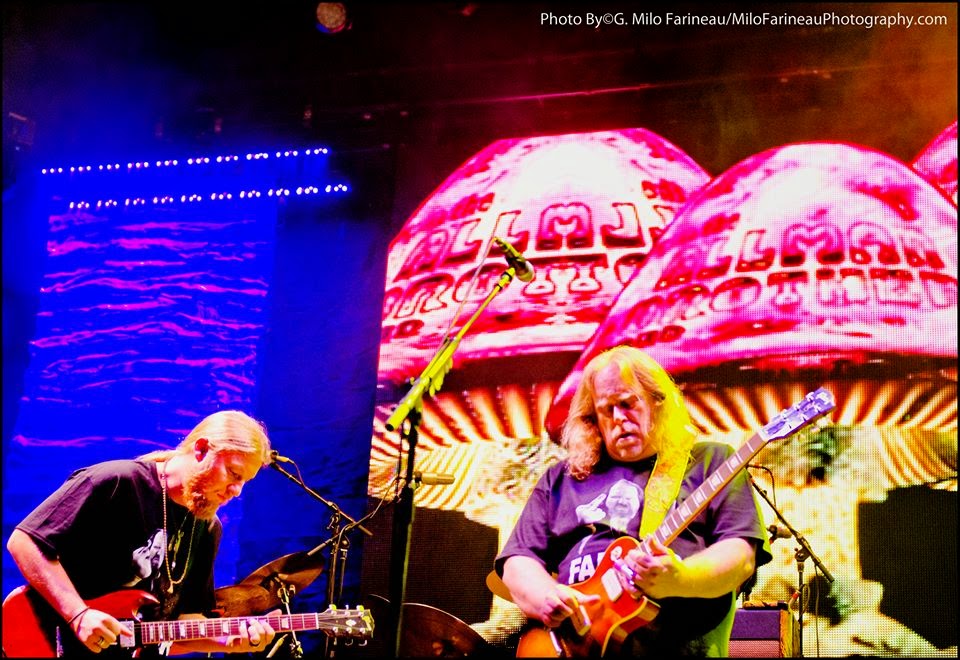 Overall it was a great show, with only a few moments of the elder Brothers, Greg and the drummers, losing their place in the songs.  But the energy, soul, and drive of the early band were still very present with Derek and Warren channeling the essence of Duane Allman's passion for soul, R&B, and gritty southern rock and roll. 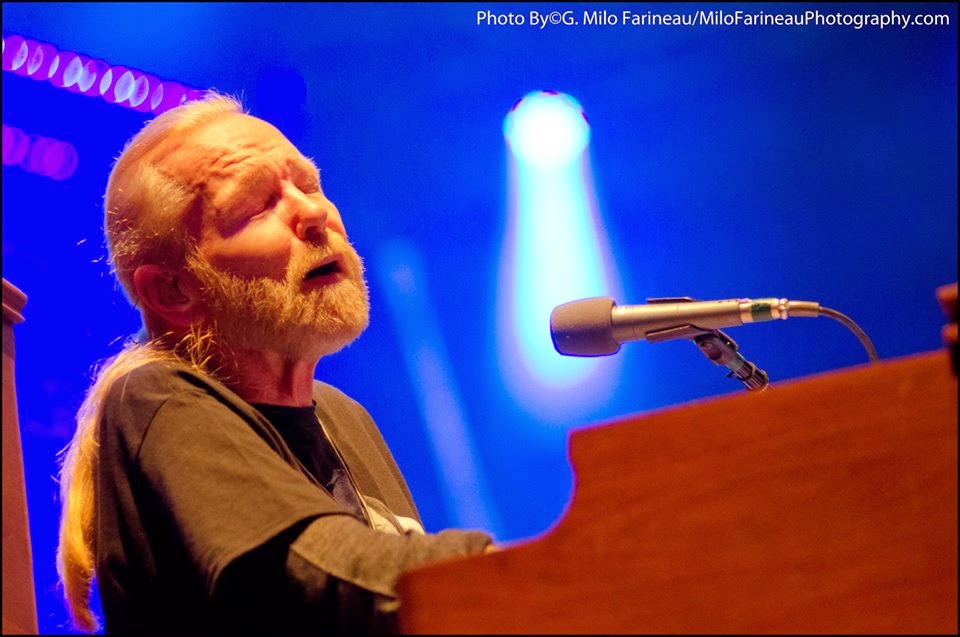 You can't be a part of the southern music scene without standing at the foot of the Allman Brothers' altar. For a band to exist 45 years and have so many figurative deaths and rebirths is unheard of. They're one of the most popular rock and roll bands to have ever lived, but yet, in my opinion, they are still underrated. So much of this festival exists because of Garcia and The Grateful Dead, but yet in the end we all turned to the greatest southern rock band of all time and watched them show us how it is truly done, all while wearing t-shirts in memorial to a man who was rarely ever seen onstage. It was a great moment, and for any critiques I've made above it will be moments like these that keep the festival magic alive.

Here's to all the hardworking crew members that make these great experiences happen.  RIP Brian Farmer.

If you've made it this far you should sign up for Lonesome Banjo updates and that will encourage more posts, I do enjoy the feedback. It encourages me more than you'll ever know.  Thanks Y'all!