Why you should vote in the midterm election.

The midterm elections are coming up in a couple of weeks, and if you're like me, you've never even considered voting in them. They don't have the sex appeal of the Presidential elections where we can strut our civic participatory asses around feeling like we did our part for our "team," whichever side that is.

But extremist politics call for extreme efforts, like voting in the midterm elections.

Let's flip it around and look at why people won't/don't vote:

"Voting doesn't change anything."
If this were true the conservative movement wouldn't be making Herculean efforts behind the scenes to stop people from voting. The amount of gerrymandering, deception, and voter ID laws that happen behind the scenes is a true testament to the one act that can stop, or at least slow, the huge siphoning of wealth from the middle class to the top 1%.  If voting didn't matter, the Koch brothers would not dump hundreds of millions into purchasing elected officials. Trust me, it really does matter, they know it, and they're trying to disenfranchise or deceive as many people as possible.

"All politicians are crooked and paid off."
Here you have to differentiate between "all" and "a lot." One of the great misconceptions about politics is it only attracts crooks and liars, right? That is completely false. Most--and I do mean MOST--people get into politics for all the right reasons, the first and foremost being to just help the people around them. It is the system that takes good people and turns them bad. Congress is advised to spend half their time calling/begging/asking for money every single year to fund future campaigns. Of course the sheer pressure of this leads to short cuts and corruption. But not always! Follow Bernie Sanders and Elizabeth Warren for outstanding proof of good, solid, honest people in the US Congress. Remember, a congressional vote happened this year to stop the horrible Citizens United ruling by the supreme court that allows corporations to donate unlimited amounts of cash to politicians. It split party lines as Dems voted to overturn the ruling while Repubs voted to keep it. Are they working for the middle class or are they working for the billion dollar companies?

"Government is inherently evil and should be stopped at all costs"
In 2008 I supported Ron Paul and the beginnings of the Tea Party Movement and I fell into this line of thinking. It's like the great scene in the Steve Martin movie "The Jerk."  "I don't need any of this stuff! I don't need anything! Except the fire department! That's it! ....and police! But that's all! Okay...schools...and maybe the CDC and hospitals...and food safety...and roads...but that's all! Well maybe bridges...and workers rights...and social security for Gramma..."

North Carolina, which has always been one of the most admired and progressive states in the south has fallen into the hands of conservative extremists. We quickly plummeted to the bottom of country for education spending, and it became so bad that teachers across the state started driving to Raleigh every week for the "Moral Monday" protests. Do we really want to live in a state where teachers have to protest for the simple morality of education? Do we want leaders that have piledriven us so hard into the ground that national publications started printing articles with headlines like "The Decline of North Carolina?"

So go vote and show everyone in DC that the "scorched-earth" politics that started with Newt Gingrich and continue to this day with Mitch McConnell are not a winning strategy. McConnell has said, "As long as Republicans refused to follow Obama's lead, Americans would see partisan food fights and conclude that Obama failed to produce change." They're willing to damage thousands of lives and families to make the president look bad.

But all that aside, all we need to do is look at the last 100 years of American economic history. There are 30 years where we grew the middle class to such a degree that American really was "the greatest country in the world." This happened with the federal government heavily investing in the poor and middle class, which started a brilliant cycle of growth. Jobs were created because the middle class was large and had buying power, not because billionaires received massive tax breaks. Education, public works projects, and a middle class moving upwards--these are symptoms of a healthy vibrant economy.

If you think voting doesn't matter--if you think politics is an evil barren wasteland--just go back and look at what happened from 1945-1975. We might not ever be able to achieve that type of growth again, but we're too rich of a country to have 20% of our kids on food stamps when their parents are working as much as possible. That is unacceptable.

So vote, and just importantly, understand what works for the middle class. Here's a hint: it's not tax breaks for billionaires. 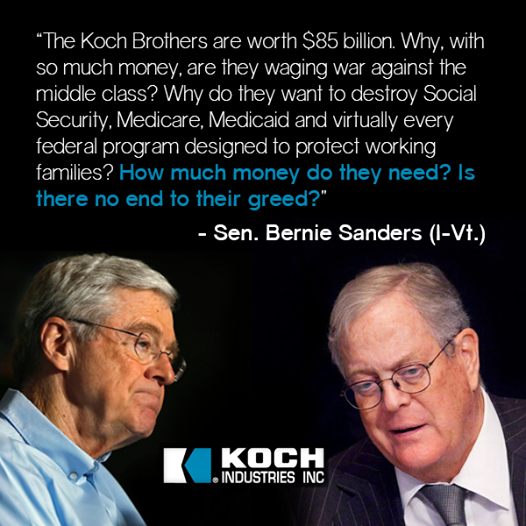