Why do good people vote for bad ideas? Emotion

There is still one piece of the recent election results that puzzles me, but first let me say this isn't so much a political piece, but a psychological piece. I'm fascinated by what makes people tick, what motivates them, what they believe and why, and, more specifically, why people who are presented with overwhelming evidence act against their interests. Even more specifically, why do good, smart people vote for bad candidates with horrible ideas?

As a society who wants to move forward we need to figure this shit out.

We all have friends who are somewhat or very conservative, and just like any other personality trait, it just makes them who they are. They aren't blinded by religion, hate, racism, or a "nation of idiots" as the comedian Andy Borowitz joked after the election this month, even though a small vocal minority can make it seem that way. (I really do believe the bile posted on social media is the exception and not the majority; maybe I'm naive or underestimating the Fox News brainwashing power, but I know many conservatives who are great people.) 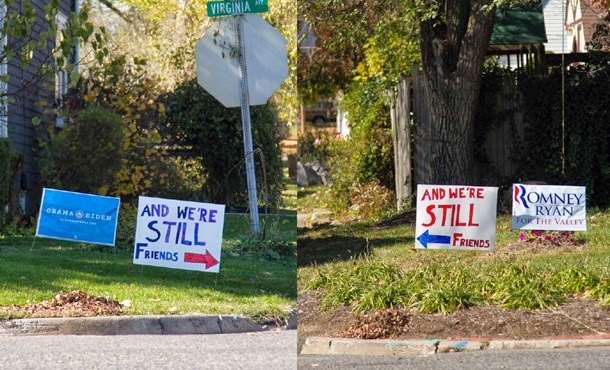 People who have the conservative personality trait are usually hard-working, honest, smart, and driven. (Think of your friends, neighbors, and co-workers here, not FB trolls.) So my question is how can they allow such a ridiculous set of people (Palin, Cruz, McConnell, Limbaugh, Coulter, etc.) with really bad ideas (trickle down economics, climate change denial, overt racism and bigotry, etc.) lead the party?

In other words, how has the GOP turned into a party where knowledge and thought are a weakness and blindly consuming Fox News falsehoods and narratives is virtuous?

The day after the election I read something by The Rude Pundit that stuck with me:

"Here's everything you need to know about the 2014 midterms in a single anecdote: Last week, as he's mentioned, the Rude Pundit convinced the Rude Brother to vote for the Democrat, Mary Landrieu, in the Louisiana Senate race. The Rude Brother has long been Republican, but he is also for raising taxes on the wealthy, doesn't care about gay marriage, thinks abortion should be safe and legal, and agrees that humans contribute to climate change, among other beliefs. By just about any measure of politics, the Rude Brother is moderate-left, a Democrat. When the conversation ended, RB had said he would vote for Landrieu.

"Cut to Election Day morning. The Rude Pundit received a text from RB: "And, in the end, the kid couldn't pull the trigger for Mary." A little later, he got another message: "It felt dirty voting for Landrieu." RB went with Bill Cassidy, the Republican, who believes the opposite of everything RB believes in. In fact, Bill Cassidy will try to take health insurance away from our Rude Sister and her family. RB had said he has no problems with Obamacare. Well, he does now.

"There you have election 2014. A voter goes into the booth believing the world should be a certain way and then pushes the buttons for the candidates who will do everything they can to stop the world from being that way." --The Rude Pundit 11/5/2010

So, we have a country who voted progressive on almost all the ballot initiatives presented--gun control, personhood amendments, gay marriage, marijuana tolerance, minimum wage hikes--yet voted in the very Republicans who vow to act against them. One of the bigger "What the fuck?" political moments of our time, right?

The great question is "Why?!"


If we're going to move forward and not be held hostage by insane tea-party candidates with backwards ideas, we really have to figure this out.

We know from the great Jonathan Haidt why people vote either left or right. His book "The Righteous Mind: Why Good People Are Divided by Politics and Religion" was groundbreaking in the field of moral psychology by explaining how our brains are hard-wired to influence our world perceptions and therefore dictate how we operate politically. (If you're interested in moral psychology then this book is a must read.) Here's a Ted Talk with him presenting his research if you're interested.

But it still doesn't explain the Rude Pundit's brother, who agrees with progressive principles but "feels dirty" voting for progressives.

It doesn't explain how a country of smart, hard-working people can look to a party where Sarah Palin is seen as a rockstar or where a lady who literally ran a campaign based upon hog castration is able to win. Nor does it explain how a state such as Kansas, whose economy has been so decimated by conservative trickle-down economics that leading state GOP voices crossed lines and openly endorsed the democratic candidate, and yet the people of the state could not bring themselves to make that change.

For that, I have a few ideas.

Democrats are the party of the mind, and GOP is the party of the heart. The pervading wave of anti-intellectualism has created perfect conditions for nationalism to take hold without a "pull back the curtain" moment to discover the underlying racism and bigotry that hides beneath it. (And at its worst the nationalism is actually driven by the racism and bigotry, and the degree to which you see these motivating forces is based upon your overall confidence and optimism in your fellow Americans.)

When fears are presented and promoted as what should be the top political issues, people will go with heart. Images of bald eagles, soldiers, guns, and American flags resonate deeper than charts, graphs, and endless opportunity cost discussions. They give a sense of safety and security.

If I can create a sense of fear and then present the following solutions, then I have you. Turn your brain off, you have no use for that anymore. I will tell you what to fear, but I will also tell you the solutions. Don't let those bleeding heart liberals, who care about everyone and everything, sway you from protecting yourself and your family. God, Guns, and Power are all you need. You are chosen, you are special, and you must fight to keep it! 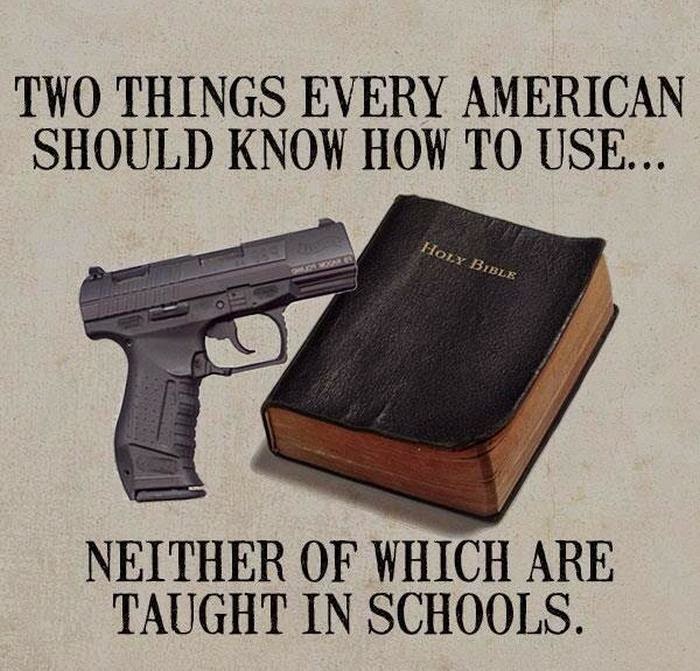 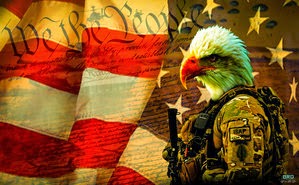 It is so simple and so effective that I don't think the progressives will ever be able to match it. 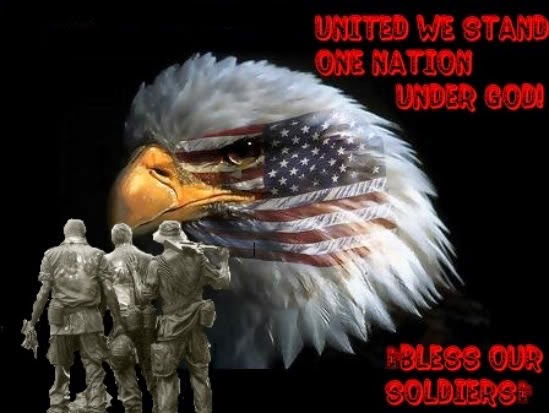 A few weeks ago we voted in candidates who brought no new ideas to the table, and, worse yet, came with ideas and world-views that have been overwhelmingly discredited by anyone who gives a serious look to the issues. But we voted in people who give us simple, forceful solutions to what we've been told to fear.

We were motivated by conviction over practicality, by ideology over reality, and by emotion over reason.

Somehow we have to figure out how to combat emotion with the complex nuance of real solutions, and that's a tough thing to do. There are no easy answers, other than just have the confidence that we can trust each other to understand complex solutions for complex problems. We are not a nation of idiots--we've solved some very tough problems throughout our history. The historical precedent is there, but we just can't let ourselves be sidetracked with emotional dead-ends.