Final thoughts on the Serial podcast


**Spoiler Alert**  You probably don't want to read this if you haven't finished the show yet.

The final episode of Serial just posted, and the ending was what most of us, deep down, have been expecting for a while now--inconclusive. I'm sure that many in the blog and twitterspheres will bemoan that the huge buildup did not satisfy our internal OCD nature to put everything neatly in its place; yes, there is a point to be made there, but there's much more to it.

For several weeks, I've been thinking about why this story, this particular podcast, has exploded through the country and even the world (as I wrote about here). Complicated murder mysteries are as old as western fiction, so there's nothing new there, and the idea of listening to podcasts barely existed out of the technocrat/NPR world. So what was it about this show that culminated in a national experience of waiting for new shows to be posted on Thursday mornings and then discussed, dissected, and theorized?

Let's go back in time for a second: do you remember the movie Adaptation? You know, it was the one where Nicholas Cage was actually really, really good! One of the plot twists was that a struggling screenwriter was unable to make his story work until he wrote himself into it. That has been on my mind lately as I listen to Koenig and her partners move this murder case along. The appeal of this story is not so much the possibility of discovering a truth, but instead, it is Koenig's and ultimately our own connection to the case.

The underlying force and fascination with this story is the confusion, frustration, flip-flopping, and passion of the storyteller. If Koenig did not write herself into this story, Adaptation style, then it would have only been an interesting and currently unsolvable case, and we have thousands of those to choose from. Hell, we have dozens of TV shows about real, unsolvable cases to choose from.

This story has caught fire throughout the world for reasons that any up-to-date low level marketing executive can explain: in the millennial-led world of digital mediums, we expect to be active participants in whatever our attention turns to. And while we are not actively moving this particular story, we are active by proxy. That connection is made possible through the emotional honesty that Koenig delivers throughout the series. From moments of doubt to the very human moments of distraction, such as "There's a shrimp sale at the Crab Crib." 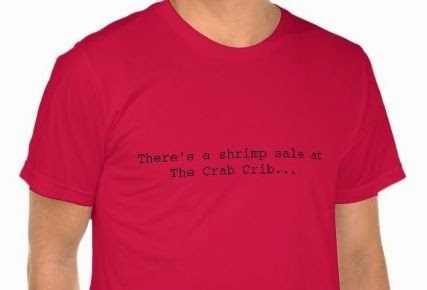 If there were any doubts about Koenig’s ability to masterfully craft a story, and there weren't, this final episode should erase them. The fact that she was not able to uncover the facts to solve the case does not, and should not, ultimately matter. We all jumped onto this story knowing good and well that was a possibility, since we followed their investigation in real time. No one will accuse the crew of not exhausting every lead and possibility. What should be important is how she took a very difficult situation with no definite ending and was able to wrap up this series in the same compelling way in which it started. I tried to imagine how I would put together the final episode with the information at hand, and I wouldn't even know where to start. In my hands, it would have been on par with the disappointment of opening Al Capone's vault.

Thoughts on the final episode and overall case

The other half of the emotional connection that has driven the popularity of this show is everyone's desire for Adnan to be innocent. The further we traveled down the road, the more we believed there would be an "ah-ha" moment of clarity. Koenig mostly tried to remain undecided and objective, but you could still hear the desire for Adnan’s innocence in her voice. She liked him and was cheering for him. So were we, right? Yet the back and forth does not let up, even at the very end, when she admits the possibility of him doing it is just as realistic as any other crazy possibility out there.

The final episode could have been titled “Everyone is lying.”

What was left unsaid that I believe we are all thinking is that Jay’s story is much more fabricated than the small lies he’s caught in. A possible key to this case is who Jay thought was in the van the night he was working at the video store. Jay was obviously scared of whoever killed Hae. He was so scared that there's a real possibility that he would rather lie to convict Adnan than turn over the real killers. I have a hunch that the 3rd party theory ran strong with Koenig and her crew, but they did not have enough facts to back it up and therefore express it on the show.


The other part that was left unsaid and will be a popular criticism is that we probably just spent 3 months listening to a story that didn't even happen. Just like on live TV (which hardly exists anymore) this was the chance we all agreed to take. There's a real possibility that both Jay and Adnan are lying and that most of the story Koenig learned never actually happened.

So instead of concluding the show by successfully identifying who is telling the truth, we ended with an examination of the nature of truth. In the beginning, we all expected to just dig in and find out which of the two stories makes sense and who is lying--a classic Law and Order style wrap-up. But as This American Life has continually shown us through the years, life is messier than that. The truth is not always found in hours of interrogation, by using our gut instinct, or by just applying what we know to be true. Sometimes half-truths are murkier than outright lies. Sometimes ultimate truth will never be found, no matter how hard you look.

But I believe one truth was found in this journey--the power of a great journalist and storyteller to tell a radio-style story is still alive and well in this multimedia world, and this journey was well worth the time.