My Case for Supporting the Candidacy of Donald Trump

Donald Trump’s candidacy is shaking the foundations of American plutocracy-- why we should cheer him on.

Most of us think Donald Trump’s campaign is the low point for both American politics and American society. And sure, the racism, xenophobia, misogyny, and narcissistic reality show attention tactics do, in many ways, show Americans at our worst. But if you step back, place it in a historical context, and disassociate yourself from Trump representing the worst of us to the world, you can begin to see his candidacy as what we both need and deserve at this moment in time. From there, you can almost begin rooting for Trump, not because you agree with anything he says or think he’ll be a good president, but because watching him shake the plutocratic foundations of our ineffectual government is worth the risk.

From Watergate to the impeachment of Clinton, and from George “Dubya” to Obama, we’ve slowly lost any idea of what a functioning government should do: move money around to solve societal problems and protect us from foreign invaders. The slow involution of American politics has left us with extremists and demagogues, who, by mandate of their equally extremist constituents, are sent to Washington to hijack the political process through any means necessary. By blocking any effectiveness of the federal government, groups such as the 40 member House Freedom Caucus thereby affirm their worldview that federal government is, in fact, ineffective. 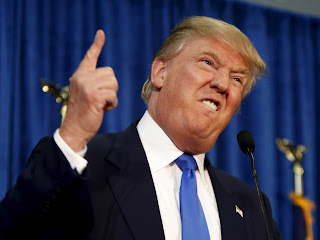 From the paralyzation of the federal government to the facade of the never-ending campaign spectacle that gives the illusion of choice and issues, Donald Trump’s political sledgehammer is breaking down walls and allowing a new light to enter. At this point, breaking through the carefully crafted political “reality” that is presented to us by the establishment of Republicans and Democrats will not be painless. This political facade was created not just for overall public control, but to allow us to remain ignorantly blissful of the dirty, corrupt, and, if we’re to be honest, racist motivations of institutional power.

Exposing inherent racism and nationalism is not a novel concept. But creating a space for it to be gregariously expressed, as Trump has, has not happened since the 1968 and 1972 presidential campaigns of segregationist George Wallace (respects paid to Pat Buchanan, of course). While remnants of Wallace-style outward racism remained steadfast throughout the southern United States, the country, as a whole, told itself it had moved into a “post-racial” reality. Through the 80s and 90s, we believed our inherent goodness transformed outward racism into the anodyne process of fiddling with government diversity statistics in the name of “affirmative action.” Or that we somehow grew into dealing with broader issues such as the drug and crime epidemic. We even reaffirmed our post-racial status with popular entertainment such as The Cosby Show--if African-Americans didn’t want to work their way up to upper-middle class comfort, then it was their own fault. 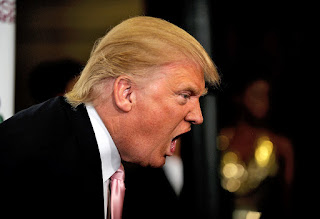 What seemed to be enlightened growth on the outside was anything but that on the inside. After Lyndon Johnson signed the Civil Rights Act of 1964, the southern segregationists, who were mostly Democratic, dissociated themselves from the party. In one of the smarter political moves of the century, Nixon made a backroom deal with Strom Thurmond at the Miami GOP convention in 1968 to fold them into the Republican party, thereby guaranteeing him the presidency. “﻿It took two election cycles to convert the ‘Solid South,’” wrote William Greider on the event,” but Nixon and GOP apparatchiks made it clear with private assurances that Republicans would discreetly retire their historic commitment to civil rights.”

While as a nation we were celebrating mass-marketing campaigns of the 1980s that felt hip and inclusive, the southern segregationists moved to the back rooms of government and focused not on simply repealing the Civil Rights Act, but on slowly dismantling it piece by piece under the euphemism of “states’ rights.” Community law enforcement practices aside, the federally mandated mandatory minimums under Clinton, our so-called “first black president,” (further affirmation of “post-racial”) produced the blatantly racist mass-incarceration epidemic. And one only has to look back a few months to the sustained GOP-lead attacks on the Planned Parenthood funding to find current whittlings of any type of assistance to the poor, predominately black communities. It is no secret that Planned Parenthood is directly responsible for abortion rates being so low today--free birth control works! But the real ire of today’s white nationalists is the idea that poor black women might be getting taxpayer-funded medical assistance they “did not earn.” The false notion that PP is “selling baby parts” is the perfect bait and switch to further reduce funding for people in our poorest communities.

Trump has done much more than root out the remaining segregationists, now referred to as “nationalists,” with his anti-immigration rhetoric. He’s also been the wedge to crack open the growing schism between the rural Southern conservatives and the corporate elites who’ve always controlled the Republican party and solely benefited from their anti-tax, anti-regulation platform. This populist disillusionment and anger, which started slowly with the tea-party libertarians from the Bush Wall Street bailout years and quickly gained momentum with the election of Obama, has now taken hold as the socially conservative faithful have realized they’ve been sold up the river, so to speak, by Republican candidates who promised social conservatism but instead delivered corporate plutocracy. The answer to the decades old question of “Why do poor, rural whites consistently vote against their predominant and obvious financial interests?” is not only being exposed but is starting to unravel. Again, Greider writes about speaking with Democrat and ﻿staff director of the House Appropriations Committee, Scott Lilly: “‘The problem,’ Lilly said, ‘is that this latter group has almost nothing in common with the country club wing.… The country clubbers don’t care about prayer in the public schools, gun rights, stopping birth control, abortion and immigration.’ On the other hand, common folks don’t worry over marginal tax rates, capital formation, or subsidies for major corporations. ‘If they ever fully understood that their more prosperous party brethren were contemplating deep cuts in Medicare and Medicaid to pay for those policies, they would be in open rebellion,’ said Lilly”

It’s hard to imagine Trump not being conscious of the implications of every move he makes. But one has to wonder if he fully grasps the electoral outcomes if he continues to split these social conservatives from their country-clubbing bedmates. At the worst, these disenfranchised voters will primary moderate republicans with candidates willing to bring the federal government to its knees, such as the suddenly infamous House Freedom Caucus. But with an admittedly unfounded sense of optimism, we can hope that many in the Republican base will start voting for their own middle-class economic interests. As we’ve seen in this rather fascinating race for 2016, populism works both ways, as does freedom of speech, and by rooting out the hidden racist motivations of the backroom Republican establishment, Trump’s candidacy is showing us who we really are. If we have any chance of growing out of this corporate plutocracy, a little self-reflecting catharsis won’t hurt a bit.