We tell ourselves "Love Wins" after the Paris attacks. I wish it would.

26 state governors are refusing to help the refugees. Their excuse is the Paris attacks, but that's bullshit. They were determined to hate those refugees no matter what happened.

Those refugees are guilty of the three worst sins in the eyes of many:

As a nation that worships wealth we confuse money for virtue.

It's why a poor hispanic kid will do more jail time for a bag of weed than any Wall St exec will do for defrauding their customers and crashing the world economy.

It's why we vote for tax breaks for the rich before pay raises for our teachers.

If you're poor, no misdeed should go unpunished. No racist fear should go unchecked. The God Of Wealth has not shown you blessing therefore you're devoid of virtue, and we are content with our Christian (in name only) judgment upon you.

If you're rich, you've been blessed by the God of Wealth, will be bestowed with the obvious holy name of job "creator" and any transgressions in the name of wealth accumulation will be instantly forgiven.

We're a nation of immigrants that claims to worship a poor middle eastern family with a newborn child that needed help one Dec night. But 26 elected state governors would turn that family away saying "Well, they were poor and probably terrorists"

The terrorists hate those refugees as much as they hate the western world. If every nation closes its borders and lets them starve and suffer then we're doing exactly what the terrorists want--just becoming pawns in their strategy and letting barbarians outsmart us.

Moments after an attack we tell ourselves love will overcome, but we only need a couple days to realize that fear, nationalism, and callousness are our defining traits--ironically, the same traits that make the terrorists evil in our eyes. Let that sink in.

The fact of the matter is that we are not worried about American deaths, we have mass shootings on a daily basis with no desire to change it. But we are worried about angering our God of Wealth by allowing poor, dark skinned people to have something they "didn't earn and don't deserve." Be it food, shelter, or even a tiny sense of safety after they've left their entire lives behind as their country burns to the ground.

We tell ourselves "love wins." I wish it would. 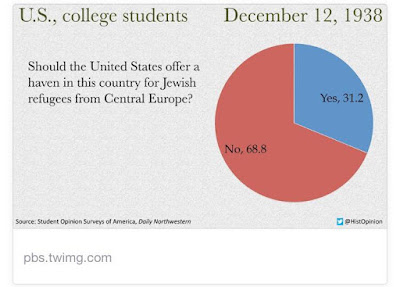