It's Time To Change Our Election Maps

It was only the third episode of his new HBO show, Last Week Tonight, but John Oliver already had a viral hit. His "main story," as he likes to call them, was not whether climate changes exists, but why 25% of Americans still don't believe it's happening--even though it's been scientifically settled.

The piece centered around what he called "The Statistically Representative Climate Change Debate," and instead of presenting it as an "even" debate as we usually see on television...

...he brought in 97 scientists to debate the 3 opposing ones. In line with the actual scientific community studying climate change. Beautiful pandemonium ensued.

It was a simple and brilliant move by Oliver to show how easily media can mislead people on important issues even when they don't mean to.

The political news site Vox has just created a video that does the same for national election maps.


During every election we are shown this map that is geographically accurate, but when it comes to actual votes, is grossly misleading. 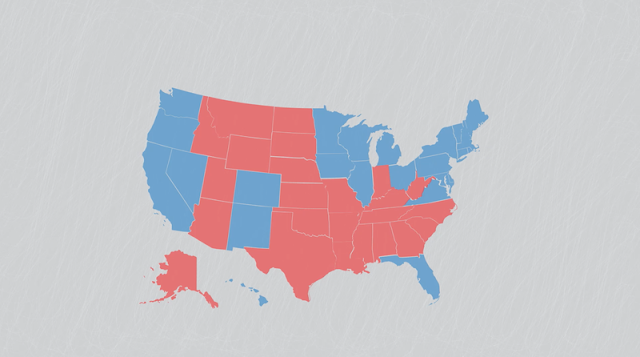 The above map shows the 2012 election results where Obama won by a considerable margin. For people who are knowledge-deficient, but hyper-conspiratorial, these misleading maps only fuel their anger and perceived injustices. Why do liberals win the elections when we obviously have a conservative majority?

Instead, we should promote election maps that are statistically representative, such as this one. 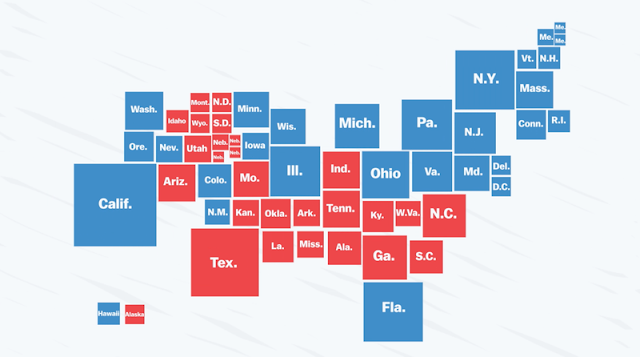 Because, after all, it's the people that vote, not acres of land. And here we plainly see that more people voted for Obama than Romney. There's no conspiracy, no injustices, just a representation of people and their votes.