I was thrown off the Bernie Sanders Revolution Train. 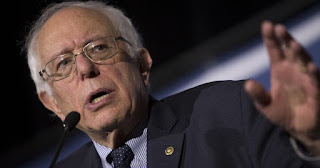 I've been thrown off the Bernie Sanders Revolution Train...or maybe I threw myself off.  It doesn't matter, the result is the same.

I was on this train before Sanders even thought about running for president. I was there early, when it was mostly about the Wall Street banks holding our economy hostage. Matt Taibbi from Rolling Stone was there before the rest of us with his groundbreaking expose of the power of these banks, writing:

The first thing you need to know about Goldman Sachs is that it's everywhere. The world's most powerful investment bank is a great vampire squid wrapped around the face of humanity, relentlessly jamming its blood funnel into anything that smells like money. 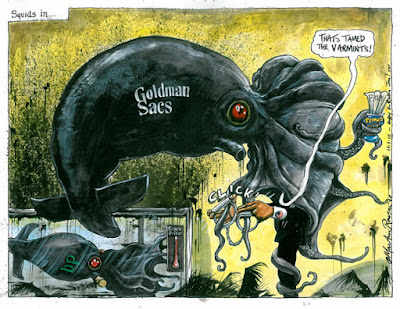 Then there was the Occupy Wall Street movement, the counter-weight for the increasing power of the Tea Party. But like most liberal movements, its shelf-life of hipness expired quickly, maybe because warm weather meant festival season, which is a whole lot more fun than a downtown park in NY during the summer.


But then, almost out of nowhere, came this mad-professor of progressivism. He walked the walk and talked the talk, but most importantly, someone in his staff understood that breaking his populist ideology into small soundbites and posting them on social media was a really good idea. These memes were simple, they were sharable, they were gutsy with bravado, and they were fighting for the little guy against those giant, evil corporations. They were perfect for the people who had no interest in understanding the dysfunctional mess of American politics. The Sanders revolution train lurched forward with its first "chug." 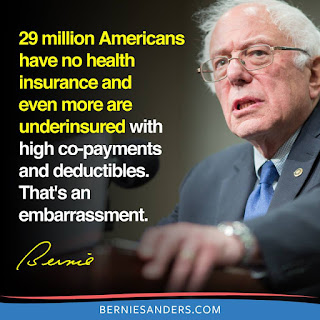 But great shifts in society are only pretty within romanticized hindsight. More often though, what should be a great, or even sizable, shift in society can be dragged down by the very internal forces driving it. Bernie Sanders is not in control of this train any longer. In fact, it won't be long until Bernie himself will be contradicting the extreme manifestations of the movement that is based around him. Bernie will make substantial efforts into bringing some of his followers back to his basic philosophy and message of progressivism. Maybe this sounds a little familiar....

I wanted to write this a month ago, maybe two. Around the time I started seeing people claim, "I'll only vote for Bernie, and if Trump becomes president then so be it!"

On an emotional level, I get it. I know what it's like to discover that one candidate that seems so pure and perfect that you'll fully commit your whole identity to them. Which in turn means you have to fight their fight with your entire being, because you're fighting for who you are. Everything becomes completely black and white, which is so emotionally rewarding and easy. No more compromise. No more empathy for anything other than this simple, universally true dogma. It feels so....damn....good. (Wait, am I talking about Trump or Sanders here?)

But the guys who set up our country were very smart. They understood the danger of both political and religious dogma. They understood that revolutions happen and need to be slowed down by messy political wrangling. They understood that this messy political wrangling was actually a good thing. They did not want to set up a system where a demagogue can work the populace into an emotional furor and break down the basic tenets of society within one election. What they did not foresee was the widespread institutional corruption and corporate plutocracy that has all but crippled our federal government.

The populist revolutions taking place with both Trump and Sanders feel like the antidote to this political paralyzation--big, common sense answers to what each side sees as the main problems. Other than diametric political ideology, the biggest difference between Trump and Sanders is that Trump is winning, and starting to win big. He has slowly turned his massive rallies into consistent wins, and Sanders has not.

Sanders' most fervid supporters don't understand this. They are not able to understand why Sanders is not winning easily by huge margins. Their own personal polling data (facebook feed) shows Sanders winning with 90% of the vote and hate for Hillary around 107% of the country. There's only one explanation for a differing reality and that is they're being cheated.

Frank Bruni wrote a great piece about this entitled The Cult of Sore Losers. He writes, "The refusal to grant victors legitimacy bundles together so much about America today: the coarseness of our discourse; the blind tribalism coloring our debates; the elevation of individualism far above common purpose; the ethos that everybody should and can feel like a winner on every day."

I've sat back and watched these "Bernie Bros" turn into the left wing version of the Tea Party. Illogical, rigid, hateful, uncompromising, conspiratorial, and the ultimate holders of dogmatic truth.

Right about here is where I came hurling out of this speeding train.

If the race is between Trump and Hillary, which it looks to be, then progressives have a chance to not only take the Presidency and the Senate, but there's even an outside chance to take the House as well. That is a complete game changer. This will give us a chance to strengthen the Healthcare Act, not erase it; to raise minimum wage, not get rid of it; to invest in roads, bridges, and schools, and not tax breaks for billionaires; to protect civil rights, not get rid of them. And on...and on...and on.

But most importantly, it stops the possible seating of three conservative Supreme Court judges that will dictate the direction of the country for a generation. If Trump wins, so be it? Comedian Patton Oswald had a good response to that type of thinking: That's Fucking Childish!

The Bernie Sanders Revolution of Democratic Socialism has already made a huge impact on today's political landscape. But my fear is that when he doesn't take the presidency, his followers will just check out...again. Saying: It's all rigged. It's all corrupt. It doesn't matter what we think. And they're right about all those things! But the only way to change that is to keep this Sanders momentum going in state and local races, in mid-term elections, year after year. This doesn't need to be a Bernie Sanders revolution, instead, let's make it a progressive populist revolution and accept the messy political wrangling that it will take--just like the authors and signatories of the Constitution wanted.