Creativity is the opposite of routine. 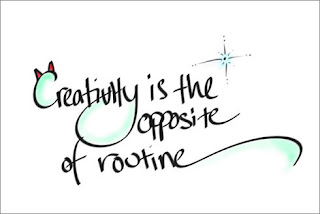 I believe that we need more moments of communal creativity.   We are coming up on one of the very few times when communal adult creativity is both expected and celebrated: Halloween.   This is a day that we can let our creative lights shine bright by putting on a different "skin," and thereby allow ourselves to momentarily break free from our rigid box of temporal safety that we create and lock ourselves into.   It is a beautiful moment in time for many who rarely take the opportunity to put their energy into creating something from nothing, and I wish we had more times like this.

When I first moved to Boone I read an article about the local band Snake Oil Medicine Show, who exemplified how to lead a creative life, even taking it to the edge of spasticity.   They described how they would require all the guests of their house parties to "create something" during the party, and I was immediately turned on to this thought.   I read that article over 12 years ago, yet I can remember the feeling that I had as if it was this morning.  It was genius.   Take people out of their boxes and allow them the freedom to create anything.   Create a poem, drawing, melody, craft, idea, dance, feeling, philosophy...anything, and then celebrate it.  And as much as I love and believe in this idea, the stark reality is that I don't create enough either.   There is not a day that goes by that I don't go to sleep telling myself that I should have created more. 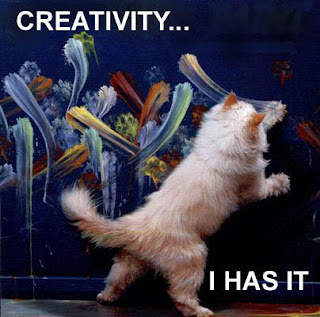 It seems as though a lot of people view creativity as either something you have or you don't, and I think that is just a cheap way out.  Watch children play for 20 seconds and you will realize that humans are inherently creative from birth; but you will also notice the sheer joy children find in their creations.   Are kids ever more engaged than when they are creating their own little world?  They become 100% absorbed with this new construction of roles, without any slight feeling of self-consciousness.   Can we tap into that joy by allowing ourselves the same freedoms?  Removing the ego and self-consciousness is the first and most difficult step, but like everything, once you learn to do it it becomes easier.

I was thinking about what it takes to have this creative confidence as an adult, and there are several routes that come to mind that are congruent with different personality types.  Some people are just born with natural confidence, and throwing their creative visions into this big world is easy for them;  at least on the outside, they appear to do everything with ease.  They are like the business people who just can't seem to make a bad choice or settle for anything less than success.   The second type, and most of us seem to be here, work their butts off for years and the genius is in the fact that they keep trying no matter how many times things don't work.  They build the confidence it takes to consistently put creative visions into the world (read the great quote by Ira Glass below).  And the third type that came to mind - and this is my favorite type of person - are the ones that don't have the capacity to see things as "good" or "bad,"  instead they see creativity, much like a child does, as something that just is.   Like the musician that goes from note to note, and the next one will not be a good note or a bad note, instead it is just the next note.   And that particular note will exist for its brief moment in time and when it is gone it is gone, and there is no reason to dwell on it.   People like this are a treat to be around because you never know what you will get from one moment to the next.   A fully realized person of this nature will live their life as an art-form and the books, poems, paintings, and songs that come from these people are not the product, but just an extension of their everyday being, and the world is a better place because of it. 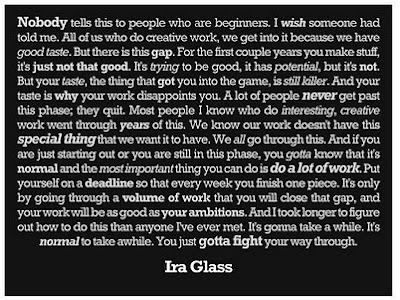 I hope everyone enjoys creating their Halloween costumes this year.